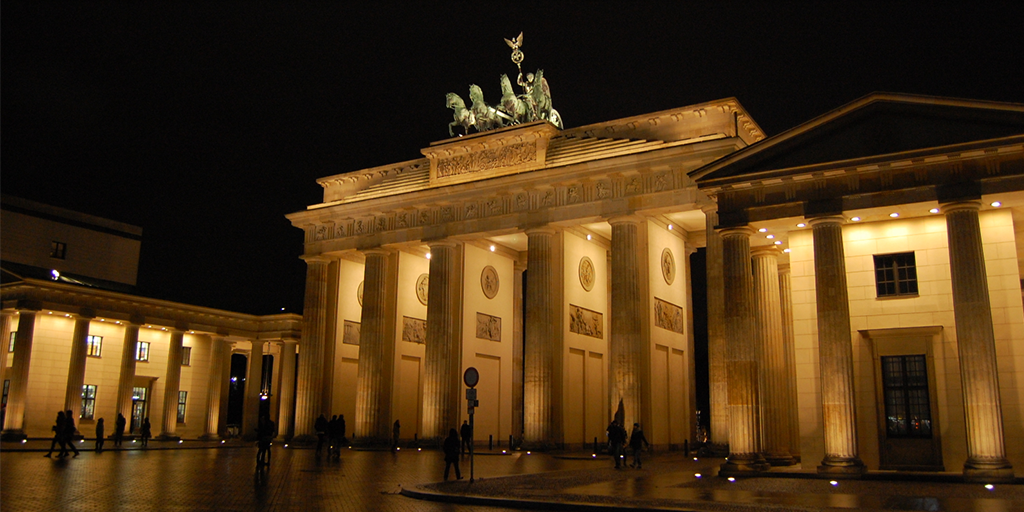 Think Berlin and you might expect Kaffee and Kuchen to be on the menu, but the city's internationalism is clear throughout its start up scene. Over a lemongrass infusion in a Vietnamese teahouse one start up told us they count 22 different passports among their 50 developers, just one of the many examples we hear of how welcoming and open Berlin is for immigrants. With 15-20% of population now born outside Germany (in Mitte, the heart of the Berlin startup land that stat goes up to 40%) it is genuinely a "world-city".

Together with cheap accommodation, plentiful and low cost office space, an edgy feel to the city and a bustling creative arts community, its easy to see how Berlin is fast becoming one of the most attractive cities for startups in Europe, and one where investors should be spending time.

The teahouse was close to Atlantic Internet where we were lucky to be hosted by Christophe Maire, one of the most successful and prolific angel investors in Berlin. The whole Mosaic team set up camp at Rosenthaler Str. 13 for the week and enjoyed Christophe's warm hospitality while we met with multiple startups from the neighbourhood.

So what did we see? Berlin, the home of Rocket Internet and the German success story, Delivery Hero, has a reputation for ecommerce and operationally-intensive businesses. Yet we met a number of highly gifted technical founders aiming to create completely new markets with their product. Founders and serial entrepreneurs from Germany's great Technical Universities working on hard problems in IoT, security, cloud infrastructure, and SME SaaS.

Fintech is also thriving away from Frankfurt, the established home of German banking. We hung out with several interesting companies attacking core banking businesses including payments, lending and savings, as well as cool new blockchain applications. The demanding regulatory environment in Germany can be hard for startups to navigate compared with other European markets such as the UK, yet there are some compelling and determined founders (just the kind we like) working on big ideas.

In digital health, we heard plans for new healthcare marketplaces, innovative health wearables and quantified self apps. Expect to hear more as the successes start to be noticed.

The population of serial entrepreneurs in Berlin is already large and growing, which bodes well for the future. Many of them are active angel investors and mentors to startups, investing their exit proceeds into Berlin startups, and others are themselves starting ambitious new businesses with a global footprint from the outset.

One example we'd highlight is The Factory, a major new real estate development in Mitte with multiple buildings that house a mix of the hottest tech companies in Berlin like Soundcloud, the German HQ of US leaders like Twitter, and also many emerging startups. Originally a brewery, Simon Schaefer's original contribution to the local ecosystem is already making a very positive impact. Great space for meetups, and a delicious restaurant next to a reminder of the city's past - the north side of the building is a portion of the old Berlin wall.

Meanwhile the city remains small enough to foster a sense of a tech community. There is thriving angel investor activity, an established local seed fund (Point Nine) who have a very impressive portfolio (e.g. Delivery Hero, Kreditech), and early stage funds (Earlybird, Lakestar, Project A) as well as many other investors of all types. Berlin is also the new home of Angellist in Europe, led by our friend Philip Moehring. Techstars just launched their local chapter with Jens Lapinski at the helm. We met with 2-3 fund managers who are in the process of raising new seed/early Series A funds, and expect to work with all of the local investors as we seek to find great new companies in Berlin.

As our week in the City drew to a close, we were once again reminded of the diversity and energy of a city on the move. Sharing a drink with entrepreneurs at Soho House, the clink of glasses in an investment bank reception next door was balanced by the leather clad metal band playing upstairs. At dinner with the two co-founders of a very successful German start-up that has exited, one described the challenges in hiring senior executives to help scale their new company, while the other talked about the soccer team they were now running.

Indeed, our only regret as we flew out of Tegel airport is that it will one day be replaced by Brandenburg! In the meantime, we plan to make the most of the best city airport in Europe whatever chance we get. With the opportunities available, we expect that will be soon.