Published on
March 3, 2021
by
Benedict Evans
No items found. 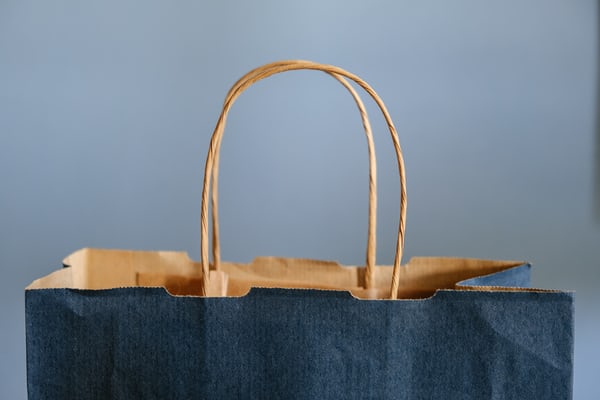 Shopify’s 2020 results came out today, and much as expected, it reported that consumers spent a total of $120bn on its platform, almost exactly double the figure from 2019.

Amazon’s rather different Marketplace business, which started back in 1999, probably had $275bn of third party GMV in 2020. That means Shopify’s merchant sales were over 40% of Amazon’s. Looking back a bit, Amazon had $130bn of 3P GMV in 2017, so in that sense Shopify is only three years behind.

This is an impressive story of entrepreneurship, and of the acceleration of ecommerce in lockdown, but it’s interesting more generally because it illustrates three pretty important trends in tech and ecommerce.

1: “No-one can compete with Amazon”

Shopify isn’t doing what Amazon does - it isn’t competing directly and it wouldn’t fit inside a competition lawyer’s market definition (I wrote more about the market definition challenge here). But it challenges Amazon at a very basic point of leverage by doing something different, but relevant. This is very often what competitive threats look like in technology. In markets with strong network effects or winner-takes-most effects, it’s very hard to displace a new incumbent directly, but pretty common to address an underlying customer need in another way. So, Google doesn’t think about Bing nearly as much as it thinks about Amazon and Facebook, and Amazon thinks about Shopify, because they change what the businesses might be, and offer your customers a different way to solve their problem.

There’s nothing new about tools to run an online shop - those were some of the first companies of the dotcom bubble, and people have been doing this with Wordpress for a generation - but it wasn’t easy, or easy enough, and Shopify found a way to carve out a $100bn business solving things that an engineer would have told you were already solved.

There’s a famous story that when Drew Houston was working on Dropbox, everyone he showed it to said ‘There are hundreds of these!’ and he always said ‘yes, but which one do you use?’ When it launched, the first Hacker News comment was that this was trivial to make yourself - if you were an engineer. Part of today’s explosion of ecommerce is that these businesses come from people who’re great marketers or product people - they’re great at bags or coffee, and they’re not technologists, and maybe they don’t have to be. Shopify and platforms like it unlock this ecommerce for far more people, and there are a lot more opportunities to take a ‘solved’ problem and make it more accessible, and so reach 10x more people. In particular, a lot of people are now trying to make something that’s easier again - a step easier than Shopify, Squarespace or Wix.

On the other hand, half of the Shopify story is actually big companies - Heinz, or Unilever. Why are they on Shopify? Is this part of the ‘consumerisation of IT’ story? Bypassing their legacy stack? Or leapfrogging to the latest tech with no legacy ecommerce to worry about? Yes, all of that. But mostly, it’s about going direct.

Shopify is riding a wave of both consumers and brands becoming ready to go direct. For 20 years Amazon had trust and it had your address and credit card. But for all sorts of reasons, we now have an explosion of new consumer brands using the internet as their first channel, and most of them want to go direct and own their own customer relationship. In parallel, there are all sorts of giant companies that have consumer brands and make consumer products but that have always been B2B businesses. Unilever doesn’t sell soap -  it sells pallets of soap. Now all of those companies want to try to go direct as well, partly to compete with those new brands (small brands have driven most of the growth in CPG in the last decade, for example) and partly to create some tension against Amazon and Walmart.

That meets a huge wave of new companies building all kinds of tools and plumbing to power ecommerce. Part of the story is that the move to cloud, SaaS and unbundling means that anyone can use the same tools now, but that doesn’t mean small people get access to the same tools as big people. Rather, it means that giant companies, perhaps, can get access to the same tools as startups. Andy Warhol said that a millionaire drinks the same CocaCola as the man in the the street, but a lot of the story of tech in the last few decades has been that small companies have much better tech than big companies, stuck in legacy systems that take months to change anything. Only some of this is a technology problem (it’s also what ‘digital transformation’ is about).

For most of these companies, selling online isn’t ‘technology’ - it’s retailing, but with a new channel that needs new tools. The tools have to be good and you have to know how to use them, but most of the questions are retail and brand questions. Will Heinz built a giant D2C businesses? Ask an FMCG analyst. To understand Casper’s margins, look at the mattress business, not the tech stack. The interesting question for Shopify is how far it can move from being a tool to becoming a network, and to become part of retail. And so (to close the loop), the idea that all of this will be swallowed by Amazon makes about as much sense as the idea that all physical retail would get swallowed by Walmart, not because of software but because of retail. So perhaps software isn’t eating retail - retail is eating software.