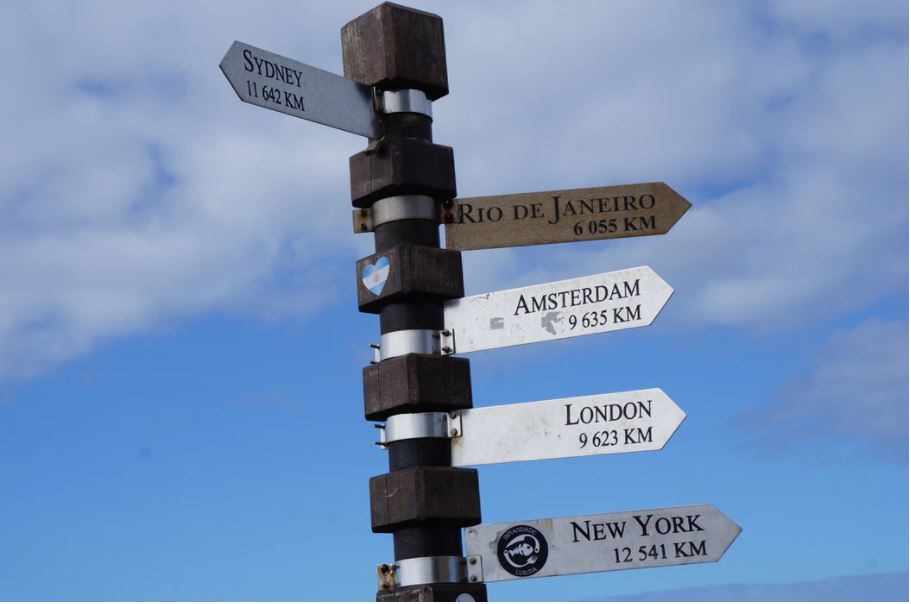 Marketplaces and commerce platforms – and the tooling that comes with them – are having a moment. New marketplaces are being launched each month, leveraging new technology to supercharge supply and demand across sectors and geographies. But as they scale, it can be challenging for founders to cross borders, and ensure that often inherently local ideas have global appeal. So what do they need to know about the nuance of cross-border arbitrage, and how can they build genuine network effects? In our latest Mosaic Patterns Clubhouse, Benedict and Bart spoke to Mathias Ockenfels (Speedinvest), Gigi Levy Weiss (NFX) and Sten Tamkivi (Teleport, Skype) to find out.

For entrepreneurs building marketplaces in Europe and the Middle East, an early challenge is often the size of their local economy. Smaller economies and populations mean that local marketplaces don’t have much scope to scale, so founders have to start looking across borders almost immediately to find arbitrage in talent, regulation and cost.

Israel is a perfect example. It’s a market of less than 10 million and so Israeli entrepreneurs tend to think about international expansion early. As Gigi explains, “though there’s less competition, that means whatever experience founders gain in Israel is irrelevant on the world stage”. Instead, Israeli companies typically look to launch in the US first.

But after years of taking this approach, the tide is beginning to turn. Now, thanks to deep roots in Silicon Valley, Israel is “exploding with unicorns”, and there’s more experienced talent to be found locally. It means the arbitrage strategy is changing: Israeli founders can take advantage of the lower costs and competition in their home market, and leverage additional tech talent from their Eastern European neighbours.

Sten says that the dynamics are similar in Estonia – an even smaller nation of only 1.2 million people. “Founders in the Baltics overall tend to look at the globe, and think ‘where do we go for good customers and users?’. The answer is rarely their home market”. Though there have been success stories like Bolt, which launched in Estonia and expanded outwards, most do it the other way around. The US is once again the biggest target. Though at 350 million people it’s a smaller market than the EU’s collective 450 million, there’s less complexity around language, culture and regulation, and more willingness to buy within certain sectors.

That said, Sten thinks companies from smaller EU nations can “get quite far on brand recognition before people notice”. Skype in the 2000s was a great example – consumers got to know the brand, and engineers and tech staff wanted to work for it before they realised where it was HQ’d. In general, smaller companies across the Baltics have got very good at attracting international talent, through distributed team models and specialist visa programmes.

According to Mathias, the landscape in Germany is different. “Germany is just large enough that founders don’t care about internationalisation in the early days – especially if there’s a local component that’s not easy to globalise.” It’s a mindset that can be restrictive – but he says that generally, European founders are good at scaling across borders quickly. That’s because they have to: European founders assume they will need to go international from day one. In the US, it’s possible to build a billion-dollar company before even needing to think about it.

Founders need to differentiate between local and global problems

Gigi thinks that having to internationalise early is a blessing in disguise: “investigating a market you don’t know and doing it the hard way, rather than getting introductions through friends, means you build a much stronger company”. The ability to step out of local contexts is key to understand exactly how (or even if) a company will scale globally.

As Bart points out, it’s very easy to end up solving for local problems. Hailo is one example. The UK-based ride-sharing app took a microscopic view of how the taxi market worked, focusing on pain points around licensed cab drivers in London. Those turned out not to be relevant elsewhere, and saw Hailo overtaken on the global stage by the likes of Uber and Lyft.

That’s not to say that some local problems can’t have global applications – just that the way they play out in particular contexts needs to be considered at the outset. And as Gigi points out, if founders are in a field where the local market is large enough, there’s no need to look outside it. “You can build a huge company out of a single market and an old idea, as long as it’s executed really well.”

The next wave of B2B marketplaces are network-first

Besides launching with the right arbitrage and expansion strategies, where else can the founders of marketplace and exchange platforms focus their attention? Gigi and Mathias think B2B marketplaces are the next big opportunity space. “Some of the trends from SMB and consumer marketplaces are emerging in the B2B space, and once they kick in their defensibility is even higher,” explains Gigi. In particular, marketplaces are being supercharged by fintech products on both the supply and demand sides, as well as a degree of automation that takes middlemen out of the loop.

The big paradigm shift, as Mathias sees, it is that people are coming for the network and staying for the product – not the other way around. “Businesses are starting out as marketplaces, and over time building out strong SaaS functionality and feature sets so that customers want to use them for their entire user base and network”.

One area where these network effects are yet to be exploited is video conferencing, and productivity tools for labour markets more generally. Ben thinks that a long-term trend in this space will be taking tools, turning them into networks, and turning those networks into marketplaces. He gives the example of video editing software. “Instead of having the video file, and a spreadsheet with time codes attached to an email, you should be able to leave comments on the timeline of a video.” Turning workflows and general-purpose tools into software that enables collaboration encourages virality within organisations, and eventually beyond them.

Sten agrees that this is critical – but harder to detect and solve – with video conferencing. “People hate Zoom, but can’t imagine what the right answer is”, he says. “It’s unlikely that the next level of immersion will be from a generic horizontal tool, but from video as a medium embedded in an overall workflow.”

Different solutions will be needed to optimise for different roles and contexts, but Mathias worries that this approach may lead to “a cluttered landscape of specific verticalised solutions for niche problems”. Ultimately, that could make life noisier, not more streamlined. But all agree that there is a huge gap in the communications space for players that can create holistic solutions rather than individual tools, and bake in the network effects that are currently lacking.

If you’re building a solution, please feel free to get in touch.