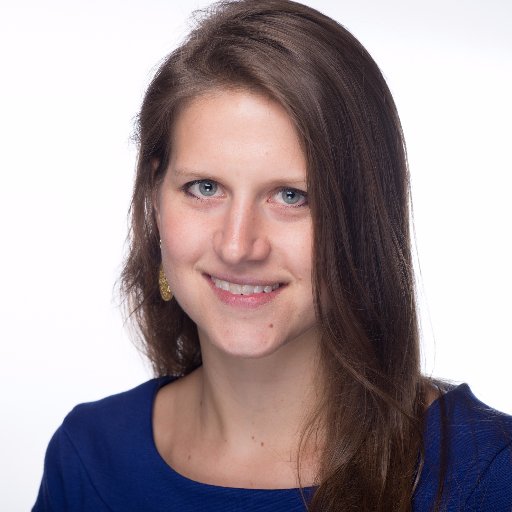 Startups face many challenges on their growth journey – but breaking international markets is one of the biggest. The US and UK investment ecosystems might speak the same language, but they’re worlds apart: investor attitudes, founder profiles, culture and working styles all differ significantly. For young startups, it can be a shock to the system. So what do they need to be aware of, and how can they ensure a smooth landing across the pond? In our latest Mosaic Patterns Clubhouse, Benedict and Bart chatted with Maria Palma, General Partner at Kindred to hear her take.

“Founders are definitely more coached in the US to know what investors look for, and what to say in meetings”, says Maria. That can be a positive or a negative. On the one hand, it’s refreshing to see more honesty and less “unadulterated BS” in the UK. Founders aren’t coming into meetings and regurgitating sky-high numbers, stats and soundbites just because they think they should. But on the other hand, it can be tricky for investors to read. When you’re used to the US style, it takes some readjustment to figure out when a founder is being modest, and when there’s a genuine ambition gap that means they’re not fit for investment.

Benedict agrees that there’s a recalibration point for investors. “How does a great founder communicate and present themselves if they’re British or French or German, as opposed to if they’ve come through Stanford, interned at five tech companies, worked at a VC, been through Y combinator and know the whole spiel?” Investors need to exercise judgement and not just rely on “pattern recognition” to identify the founders who can truly solve problems, as opposed to those that know by rote which levers should be pulled.

Delineating between cultural difference and lack of expertise is that much harder in the UK because of the diversity of founder backgrounds. “In different countries, diversity and culture mean different things”, explains Benedict. In Silicon Valley, diversity tends to be along one very narrow axis, focusing on diversity of representation rather than diversity of thought or experience.

“There’s much more fragmentation of ideas in Europe”, says Maria. In particular, there’s more energy around hard science. Though there’s still a heavy focus on fintech and crypto (as there is in New York and Silicon Valley), there are also a lot of science and research spinouts. That’s because the Valley already has third and fourth generation disruptors – in the UK,  they’re perhaps only second or third. There’s more talent coming from traditional industries and looking to disrupt them than in the US, where people already have long-established startup backgrounds.

Context and empathy are critical to good investor relationships

In the UK, that diversity of background is matched by an incredible set of angel investors who understand that context is king. “Great operators give founders advice in the context of what they are building”, says Maria. They don’t try to apply what they’ve done before into wholly different competitive landscapes and ecosystems. That can happen sometimes in the Valley – but in the UK, VCs tend to be closer to founders, and understand their journey. Maria likens the founder experience to being hit in the face by a brick wall every day, then getting up and doing it again. It’s a tough ride, and founders need investors who understand and empathise.

Not all of them do. For all the excellent angels and VCs, there are still a small set of investors coming from a traditional finance background who don’t get it. “They have a downside mentality”, says Maria. Instead of optimising for the upside, they spend their time looking for ways to take control if things go wrong. “There’s more of that in Europe than I expected”.

The Valley’s pervasive tech culture comes with pros and cons

That’s perhaps because investors and founders In the UK don’t live and breathe tech in the same way that those in the US do. London is more of a genuinely global city than San Francisco, which Benedict likens to a college town. In the Valley, everyone does the same thing: “there’s a sense of possibility a and presumption that you will do interesting work in tech, which is very powerful.” But that can be problematic, too. “Everyone understands what you do and how it works, but nobody thinks about how to do things differently and that means a certain set of problems don’t get recognised”. While everyone in the Valley is focused on enterprise SaaS DevOps tools, retail goes undisrupted, for instance. Maria agrees. “Innovation doesn’t come from sitting around with a glass of wine thinking about yourself – it comes from being steeped in life, seeing something in one spot and bringing it to another spot.”

The culture of tech has become so pervasive in the US that, as Benedict sees it, the companies you’ve worked for or invested in have become the primary social currency. That can be dangerous when so much of the success of a company depends on luck. But it can also have a positive effect. “The worst thing you can say about someone in the Valley is that he ‘checked out rich’”, says Benedict. It’s not a world you can afford to stand still in – things change a lot, and quickly. Staying a ‘player’ means continuing to actively develop the ecosystem, not resting on the laurels of one great product forever.

There’ll be more global collaboration in the future of work

Despite their differences, the pandemic has meant that ecosystems on both sides of the pond are now facing the same challenges. But the rise of remote work means they might be better placed to share learnings and tackle them together. There’s less senior talent with the right startup experience in the UK than the US, especially for Sales and Marketing. But as talent becomes more fluid and the opportunity to work from elsewhere opens up, that no longer needs to be a problem. European businesses can now draw on US talent in a way that wasn’t possible before.

Building hybrid teams and hubs will be a learning curve for everyone. As Maria sees it, the focus should be on remote team-building and developing a shared culture. A key part of that is leadership development for startups. “There are a lot of smart people inside startups that get promoted, but don’t get any further support to become a manager. That’s a specific skill set – they need to be able to create an environment where very large teams can come together and thrive.”

Exactly what that will look like remains to be seen. Virtual offices won’t cut it; true collaboration comes from understanding whole people, not just who they are at work. But will we see a return to pre-pandemic ways of working, or are remote teams here to stay? Both Benedict and Maria are on the fence. For Benedict, it’s an area of particular interest. “We’re in the middle of an explosion of people making interesting things around remote work. We’ve had the first and second waves, but there’s more to come.”

If you’re building one of them, please feel free to get in touch.