Published on
June 18, 2021
by
Benedict Evans
No items found. 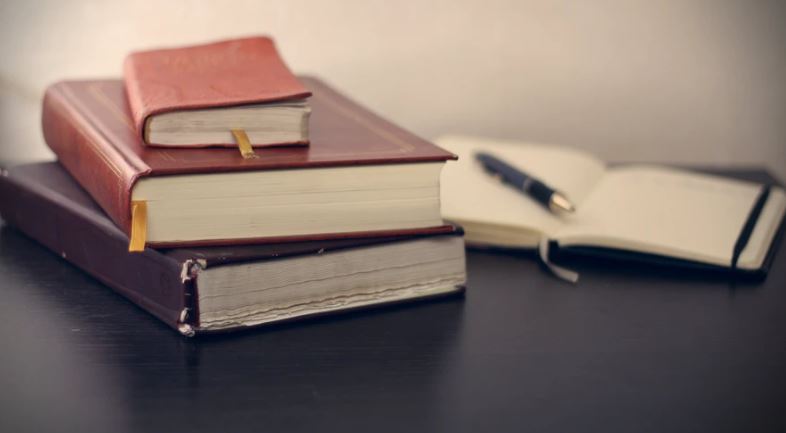 "You give me the awful impression, I hate to have to say it, of someone who hasn't read any of the arguments against your position ever." - Christopher Hitchens

Late last year the US congress's antitrust committee held a series of hearings, and produced a 400 page report, on competition issues around big tech platforms. The report, co-authored by the new FTC nominee Lina Khan, essentially claimed that these companies are collectively the new Standard Oil, crushing competition and squeezing out innovation across many different fronts.

Unfortunately, this report was also, to be charitable, very rushed, with great chunks of advocacy pasted in without any scrutiny, and with significant errors of fact every few pages. Perhaps the worst example of this was the claim that tech startup creation has 'sharply declined' in the last decade. This is an important claim, and if it was true we would obviously need broad and urgent intervention - but in fact, it was based on a data set that ended in 2011, which was both nine years out of data and just at the end of the financial crisis. People in tech agree on very little, but everyone would agree we're in the hottest market for tech startup creation in history - any relevant data would tell you that tech startup creation has actually risen by three to four times in the last decade.

This report has now been followed by five proposed tech antitrust bills, published on Friday. Given the background, and the current US political environment, these are aggressive. However, like the report, they contain a mix of real concerns, good ideas, and some pretty questionable logic.

The five bills, with their aims, are as follows:

Bills 2 to 5 apply to companies that are a 'covered platform', which is defined as a company that has either net revenue or market cap of at least $600bn and either 50m US consumer MAUs or 100k US business MAUs.*

Collectively, these bills are a catalogue of most of the major arguments made against large consumer tech companies in the last few years, and of the remedies that have been proposed. Unfortunately, some of them also show little sign that their authors have engaged with or even read any of the discussion we've all had around those ideas. I've listed these bills roughly in order of how coherent they are (the first is out of my scope).

Data portability. No company wants to make it easy for you to switch to a competitor, and many regulators are exploring data portability requirements of some kind, from making it easy to export your photos from Facebook, to moving business operations data between enterprise software tools. So, this bill would require covered platforms to make APIs to let you export your data to another tool in some reasonably standardised way, and give the FTC a mandate to regulate that.

What is 'data', though? Four questions:

Steering, self-preferencing and competing on your platform. Google puts its own restaurant data above Yelp in search results, Apple bans Spotify from asking for a credit card or even telling you that's an option, and Amazon makes private label products that compete with its suppliers. Platforms compete with other people on their own platform. This is a problem, so we should ban it, right? Well, yes and no.

Two of the laws proposed on Friday address these questions ("American Choice' and 'Ending Platform Monopolies'). The first is aimed narrowly and specifically at self-preferencing and steering. Apple could no longer require apps to use in-app payment or ban them from offering a credit card sign-up, and Amazon would be banned from favouring its own products over third parties' in the store. The EU has already made simular decisions, and I've written elsewhere (starting in 2011!) that I think Apple's position on in-app payment and customer communication is a problem. This law, or something like it, looks like a question of how and when, not if, and I wrote a detailed discussion of resetting the App Store here.

So, that law is pretty sensible. Unfortunately, the 'Ending Platform Monopolies' law is impossibly broad. Google, Apple, Facebook, Amazon and Microsoft would be banned from doing anything on their platforms that anyone else might do, and from anything that might be a conflict of interest. They would not just be banned from favouring their own products - they'd be banned from having any products at all that they could theoretically favour.

This of course comes from a framing that 'if you own a platform you can't compete on it' - Apple or Google should not have any products or features that compete with companies on their platforms. That sounds very clear - Elizabeth Warren made it a mantra. But what if I want to sell a camera app for your iPhone? OK, so Apple can't include a camera app - or a clock, or an email app, or indeed a user interface or a file system. An Android phone has its own TCP/IP stack (in the 90s Windows did not, and you had to buy one), but other people would like to sell you that if it wasn't there, so that's a clear conflict of interest and has to go.

There's a very basic misunderstanding at play here - you can't ban a platform from having 'any' feature, service or product that someone else might want to make, because that describes literally every single thing that a platform does. There is, to repeat, a very real problem here - this was the whole Microsoft/Netscape case. You can certainly carve out specific issues, such as Apple Music, or private label on Amazon, though as I wrote here, worrying about private label is a pretty irrational moral panic. But, you'll need to spend a lot more time thinking about how this stuff works and what the word 'platform' really means, because this law wouldn't just ban Apple Music and Google Maps - it would ban iOS and Android. I wrote in detail about the bundling problem here.

Banning M&A. The last law released on Friday is a very straightforward ban on any acquisition of a company that competes with you, or that might in the future, or of any company that might make your products better in any way. Since these are the only reasons to do M&A, this is simply a blanket ban on Google, Apple, Amazon, Facebook or Microsoft buying any company, of any kind, ever again. We all understand the concern with Facebook's acquisition of Instagram and the desire to subject such deals to much greater scrutiny, but it's hard to dignify this proposal as more than neo-Trumpian posturing.

Setting aside the detail, what lessons can we learn from this? There's no question that there are business practices all over large tech companies that are bad for competition and should be regulated. This is all coming. However, there are also business practices that are bad for individual competitors but good for the consumer and often indeed good for broader competition. And more fundamentally, there are many decisions that are deeply bound up in trade-offs between the product, privacy, competition, ease of use, profitability, innovation, portability and many other things. If you want to solve the problems, you need to understand why they exist and accept that there will be complexity.

When people in tech say 'you don't understand - it's complicated', a common and easy reaction is to think that this is special pleading - a claim that somehow the law should not apply to tech. But in fact, it's the exact opposite - this is a plea that tech policy has the same complexity and trade-offs as any other field of policy. We would all understand that you cannot solve car safety or traffic congestion with a five page bill, and that breaking up GM would solve about two of the fifty reasons we worry about cars. We understand that education policy, energy policy or healthcare policy are complicated and full of trade-offs, and that the only people who think it's simple and easy have their fingers in their ears. Unfortunately, those people wrote some of these bills.

* People with lawyerly minds will note that you could get under the $600bn cap by swapping equity for debt (this is what EV is for, kids), and ask whether 'business MAUs' means customers or seats - a lot of enterprise software companies have 100k seats. Equally, anyone who's read the US constitution will recall the clause that forbids a 'bill of attainder' - a legislative act that singles out an individual or group for punishment without a trial. Does a law that singles out five particular companies without any analysis or qualitative discussion fit that definition?