Published on
March 18, 2021
by
Benedict Evans
No items found. 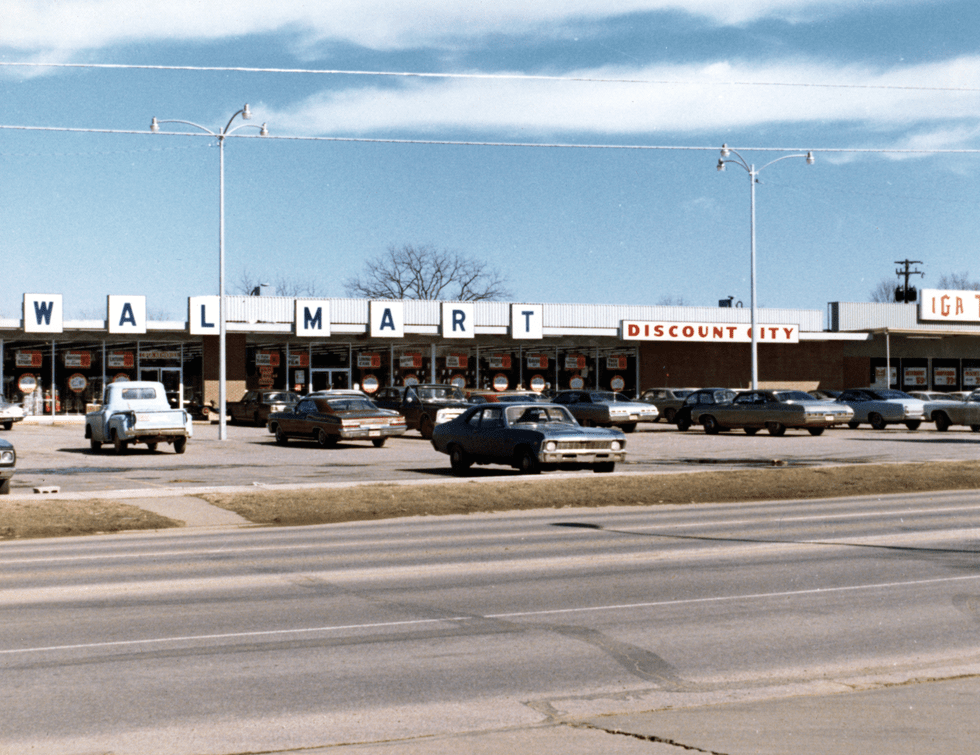 It’s useful to compare this to electricity, or cars and trucks. Walmart was built on trucking and freeways (and computers), but Walmart is a retailer, not a trucking company: it used trucks to change retail. Now people do the same with software.

But it’s also interesting to look at the specific industries that have already been destabilised by software, and at what happened next. The first one, pretty obviously, was recorded music. Tech had a huge effect on the music business, but no-one in tech today spends much time thinking about it. 15 and 20 years ago music was a way to sell devices and to keep people in an ecosystem, but streaming subscription services mean music no longer has much strategic leverage - you don’t lose a music library if you switch from iPhone to Android, or even from Spotify to Apple Music. Meanwhile, the absolute size of the market is tiny relative to what tech has become - total recorded music industry revenues were less than $20bn last year (half the peak in 2000), where Apple’s were $215bn. No-one cares about music anymore.

Something similar happened in books. Amazon has half the market, ebooks became a real business (though they remain a niche), and self-publishing has become a new vertical, but I suspect Apple wouldn’t bother to do ebooks again if it had the choice. Just as for music, there’s no strategic leverage, and total US book market revenues last year were perhaps $25bn, where Amazon’s US revenue was $260bn. No-one in tech cares about online book sales or ebooks.

I think the same thing is now happening in TV and in cinema. Technology (and now lockdown) broke apart the old model and changed all the rules, but the questions about the new models are TV and cinema questions, not software questions. What happens to Tom Cruise’s guaranteed share of first-dollar gross if the movie is part of a bundle used to sell subscriptions to a streaming service? What’s the lifespan of Netflix shows, where will sports rights go, and what will release windowing look like when cinemas reopen? Don’t ask me - these are all Los Angeles questions, not Silicon Valley questions. Netflix used tech as a wedge to enter the TV industry, but again, all the questions that matter for its future are TV questions. And meanwhile, just as for music and books, film and ‘TV’ (whatever that means) have limited strategic value to the giant tech platforms - Amazon uses it to drive Prime subscriptions, and Apple as a marketing tool. Content isn’t king (I wrote more about this here).

Today, TV is interesting to tech companies not because of the content, or to sell devices, but because it’s $65bn of US ad spend that’s probably now in play, and, much more broadly, because what used to be separate markets for advertising, marketing, retail rents, shipping and more (returns, for example) are now becoming one big and highly fungible TAM of $7-800bn (I wrote about that here). Not many people care about the actual TV.

There’s an old joke that consultants are like seagulls - they fly in, make lots of noise, mess everything up and then fly out. That’s pretty much what tech has done to media industries - it changes everything and then it leaves. Now that’s happening to retail - everything that tech, software and the internet did to media is now happening to retailers. This is also a rather bigger business - over $20 trillion globally.

But again, tech will change everything, but once the dust has settled the questions that matter will mostly be retail questions, not tech questions. What’s the product, how do you know about it and how do you get it? Those are retail, brand and marketing questions. Of course, a retailer that sells using a new, online channel has to be good at it, but then it has to be good at the physical channel as well. Having a great online experience is a condition of entry, and it’s increasingly just a layer in the stack, thanks to tools like Shopify and Stripe. But doing ‘online’ properly isn’t enough - if Netflix was only showing reruns of Friends and ER, it wouldn’t matter how good the app was, and the reason Hulu is not as big as Netflix is not the compression quality. Doing ‘online’ properly is both necessary and hard, but your success will be determined by retailing questions, TV questions or music questions.

I mentioned Walmart earlier as a company that used trucks to change retail, but it also changed retail by presuming mass car ownership. The car industry probably created more millionaires in retail and real estate than in the actual car industry - making cars was just one industry, but mass car ownership changed everything else. I often think that’s a good way to think about the state of tech today: 80% of the world’s adult population has a smartphone now, so how many things can we do with that? That’s what ‘software is eating the world’ means. But part of that is also that Walmart wasn’t built by car people, from Detroit. It was built by retailers. Sam Walton was born a decade after the Model T, and this year’s MBA class was born the year Netscape launched. At a certain point, everyone has grown up with this stuff, everything is a software company, and the important questions are somewhere else.