Published on
February 24, 2021
by
Benedict Evans
No items found. 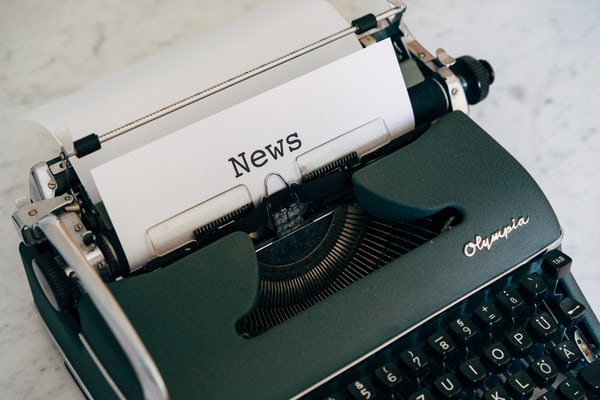 Newspaper revenue really started to collapse well over a decade ago, and we've been discussing what to do about it for almost as long.

None of the issues have changed much: newspapers had an oligopoly of attention and an oligopoly of a certain kind of advertising reach, and the internet removed both of these. People read many more things in many more places and advertisers have many more and better options, and so newspaper ad revenue is down by three quarters or more. Meanwhile, Google and Facebook created huge new ad businesses on the internet, that advertisers prefer, and some newspaper companies think that somehow or other they should get some of that money. That was the case in 2010 or even 2000, and it's the case now, except that the numbers got worse.

If one cares about these things, it's worth noting that a lot of Google and FB ad revenue doesn't actually come from things that used to be in newspapers: many of their advertisers are SMEs that rarely advertised before, while many actual newspaper advertisers moved to things that don't look like ads at all. The real estate agent that bought inserts now pays Zillow or Zoopla, and the soap company is paying Amazon for search placement (Amazon had close to $20bn in revenue from this in 2020, and perhaps more profit than AWS). Meanwhile, very little of the traffic on Google or Facebook comes from news, and very little advertising (and less with much value) appears next to news search results. Google didn't take their money, any more than Boeing took money from the ocean liners. The internet destroyed the model.

But, that doesn't matter much. There is now a very big gap between newspapers' financial position and that of Google and Facebook, and an enormous gap between their lobbying power and the lobbying power of two American companies that somehow manage to pay rather little local tax. So, in large parts of the world outside the USA, half of the argument for the last decade has been about whether and how newspapers convert their political influence (and, yes, that social value) into some form of state support, and whether that support means money from Silicon Valley, from general taxation, or something else.

At the moment, most of the effort behind this focuses on constructing some kind of enforced value exchange. 'Big internet platforms' send traffic to newspapers, which is worth money to them, but now they must also pay the newspaper companies for those links, or to use the snippets and extracts that the newspapers give them (yes, all those extracts are controlled by newspapers).

When journalists describe this, they often default to phrases like ‘paying for journalism’ or ‘using content’, but the Australian proposal, for example, very clearly covers raw links themselves. (I encourage anyone with an opinion on this to read the government’s explanation of the proposed law.) Under this law, whenever anyone posts any link to a newspaper site on Facebook, Facebook would have to pay - even, perhaps, if the newspaper has posted the link itself. This is not about ‘using content’ or ‘profiting from journalism’. It’s about links. In Facebook’s case, these are also links it has no control over.

A lawyer would point out that the great advantage of this model is that it doesn't look like a tax and a subsidy (and the EU, for example, has rather serious rules against state support). It looks like a competition case. The argument goes that even though Google and FB get little to no direct economic value from news, they get indirect value from being comprehensive, and so they 'would' pay to link to news of their own accord if it were not for their market dominance, and so this is a competition law problem.

There is a wilful blindness to this logic. No-one has ever paid to link, regardless of their market power. No-one has ever asked me to pay to link to them, and if asked I would refuse, and I have no market power at all. You don’t have to ask the hypothetical “what would happen if Google and Facebook had less market power - would they pay for links?” You can just look at, well, every other site on the internet.

But if you do accept the novel theory that links being free for 25 years is a market failure, there's a further breach of basic logic: if all links have value, why should only newspapers be paid? If all links were paid, then newspapers' share would be a pittance. But newspapers are worth more to society! They deserve it! Well, perhaps they do - but ‘we like them more’ is not a competition law argument. It’s an argument for a subsidy from public funds. There are perfectly coherent arguments to be made for such a subsidy, but I’d suggest that if you do want a subsidy, you should be honest and debate it on that basis, instead of basing it on entirely imaginary, Alice-in-Wonderland theories of internet economics.

Of course, a law can be passed and enforced, and the money spent (whether on journalism or on dividends), even if its economic and intellectual basis is incoherent. That might make it brittle - if it's based on unreason and dishonesty, it's more likely to be discarded sooner rather than later. But this also creates practical problems. If your theory of subsidy (which you pretend is not a subsidy) is based on links and perhaps traffic, then the most popular sites get the most money, which means the populist tabloid, not the thoughtful broadsheet with the social value that justifies the whole exercise. Just as importantly, companies that have done best at building new business models and trying to stand on their own feet receive less, because that mostly means a pay model instead of purely free ad-supported, and a site with a pay model gets linked much less on social media, and so gets less subsidy.

This is often the problem with a subsidy: you end up penalising the companies that try not to need it, and so force the industry into continued dependance. This would apply even if you took the intellectually honest approach of creating an actual tax* and an actual subsidy, and could also work out a satisfactory way to allocate the money across different properties. You would neither create news organisations that are true non-profits like the public service broadcasters nor real commercial businesses in control of their own destinies, as we see is at least possible at places as different as the Guardian (moving steadily towards a paid model) and the FT or New York Times (already there).

I wrote earlier that half the discussion of the past decade has been about the state's role - the other half has been about how on earth you can build a viable, scaled, online content business. This is a much broader conversation beyond news. But much the most significant state intervention in the business of online content has been GDPR. By making it much harder to share user data between different properties, GDPR had a limited effect beyond inconvenience on Google and Facebook, who mostly keep this data inside one company, but made ad targeting across multiple websites harder and so reduced the ad revenue available to newspaper websites. What the competition regulator gives (or tries to), the privacy regulator takes away. Again - beware of unintended consequences.

* This taxation issue is complicated by the fact that the fact that today's laws allow many internet companies to sell products (including ad inventory) in one country while booking the revenue, profits and hence tax liability in another. There are lots of both national and international moves to correct the anomalies this creates, but it means that, for example, Google and FB paying more tax in France might or might not be connected to newspapers getting any of that - it might just be tax.