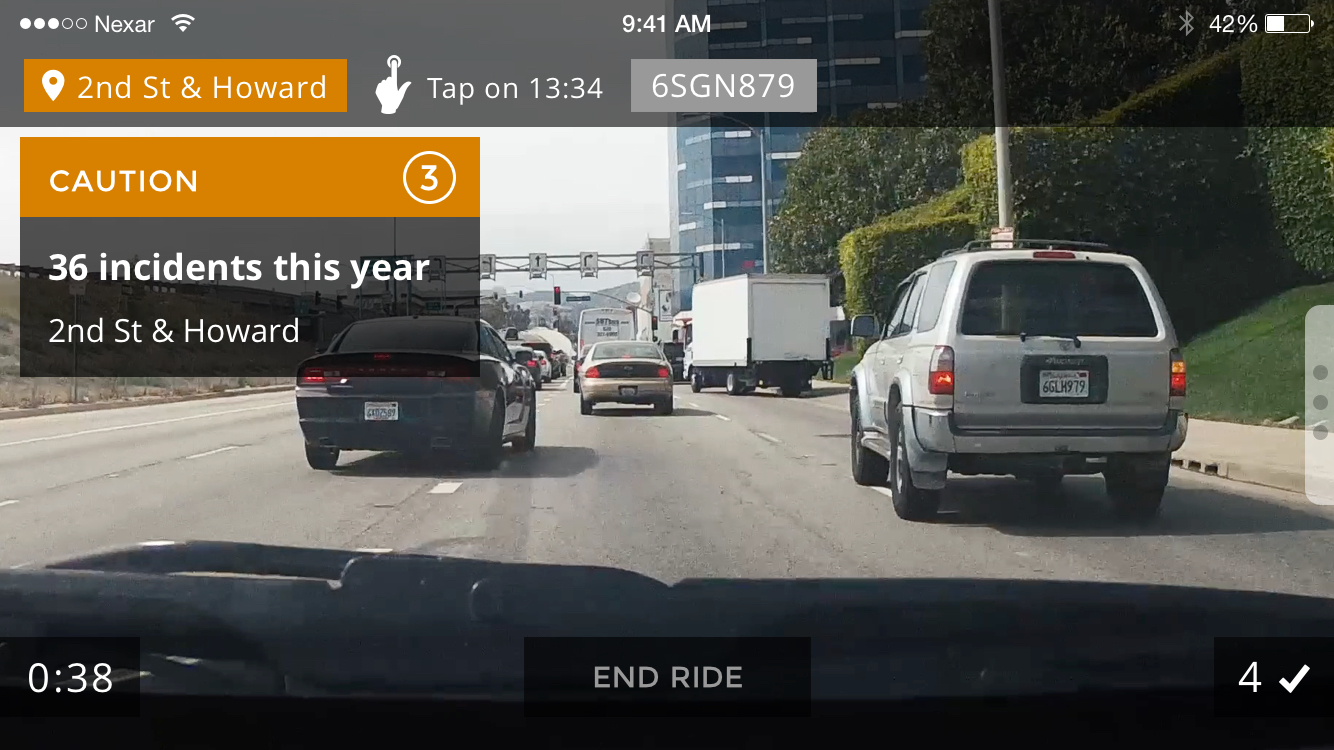 Human fallibility (accidents, alcohol and so forth) is the root cause of massive loss of life on the roads, despite continuous improvements in auto safety technology. The annual tally of road deaths globally is over 1.25M, with millions more injured or maimed, lives altered, families destroyed. Road traffic injury is the leading cause of death for 15-29 year olds worldwide and creates a heavy economic burden on low and middle income countries, where roadway fatalities and injuries just keep increasing - a result of poorly-built roads shared by cars and trucks with pedestrians, bicycles, and rickshaws. It's a cost of modern life to which we all passively acquiesce: we suspect there are few reading this post who haven't been touched, at least indirectly, by this epidemic.

Nexar's emerging technology platform has the potential to address this problem and therefore we believe may evolve into something quite profound. It turns your smartphone into an artificial intelligence-powered dashcam, employing machine vision and sensor fusion algorithms to keep you protected whilst driving.

Today, its software uses smartphone sensors to analyze and understand the car's surroundings, and provides unique data in the event of a collision. As the network of users grows, Nexar's aim is to use that data in real-time to prevent accidents from happening in the first place, by sharing information on upcoming hazards and possible threats.

What first attracted us to invest in Nexar is in part that potential to be part of the radical changes set to reshape the auto industry, which represents an estimated 1.5-2% of global GDP (~3.5% of US GDP). Our thesis is that automakers, insurers, suppliers and drivers will face widespread disruption to old practices and business models over the next decade.

The primary source of value in the auto industry has already started moving away from scale in factory production. We believe it will further migrate to the software and application layer, enabling vehicles to dynamically interpret and understand the information pouring in from ever cheaper and more accurate sensors. To mix metaphors, the real estate meme about the primacy of "location, location, location" takes on a whole new meaning.

We've been lucky to have known the Nexar founders for almost a decade, seeing first hand what technologists Eran Shir and Bruno Fernandez-Ruiz achieved at Dapper and Yahoo!.

When they first described the Nexar mission to us 18 months ago, its promise was self-evident. Having tracked their progress since the seed round led by our friends at Aleph, what's been most impressive is how much 10 hand-picked developers have been able to build - especially given the scale of the technological challenges the team is addressing.

The depth of Nexar's on-device analysis today allows it to create an accident report that completely transforms the insurance claims process. Nexar adds a video of the accident to the claim, alongside a detailed 3D reconstruction based on the phone's sensor readings.

In the near term, this is a cutting edge cloud-based version of the dashcams that are becoming more common in commercial delivery fleets and with professional drivers, ramping on a curve driven by Moore's law (the cycle time underlying smartphone hardware and software upgrades).

The growing power of mobile phone CPUs and data services means image-intensive client-server applications can be layered on top of accurate location data, and dashcams are likely to become increasingly prevalent. But the Nexar app has value even if not mounted for video, by recording movement and communicating your location to other drivers. The multiplicity of sensors in the smartphone can improve on GPS to track location with sub-100 cm accuracy.

Our belief is that accurate, real-time vehicle location, synched with information-rich high-definition maps, is proverbial "whitespace" and will become important ... because it offers the opportunity to develop road traffic control technology for all vehicles (manual and autonomous, that for a period of time will share the road). What excites us is the potential for Nexar to establish such a "network" that no single vehicle manufacturer can easily address.

Today Nexar is just starting out on that journey. The company has 600 active 'pro' drivers in New York, San Francisco and Tel Aviv across the Uber, Lyft and Via fleets, along with approximately 2,000 active consumer hobbyists. The 400,000 km driven using the app each week means the data captured by Nexar already rivals Google's entire autonomous car fleet.

With a socially-enabled artificial intelligence, the dream is to connect vehicles and eventually eliminate accidents entirely. In the emerging brave new world of augmented, and eventually autonomous vehicles, we can imagine big things down the road for Eran, Bruno and the Nexar team, and are thrilled to be leading their Series A financing.

A second ‘DeFi Summer’? Opportunities and challenges for the next phase of Decentralised Finance