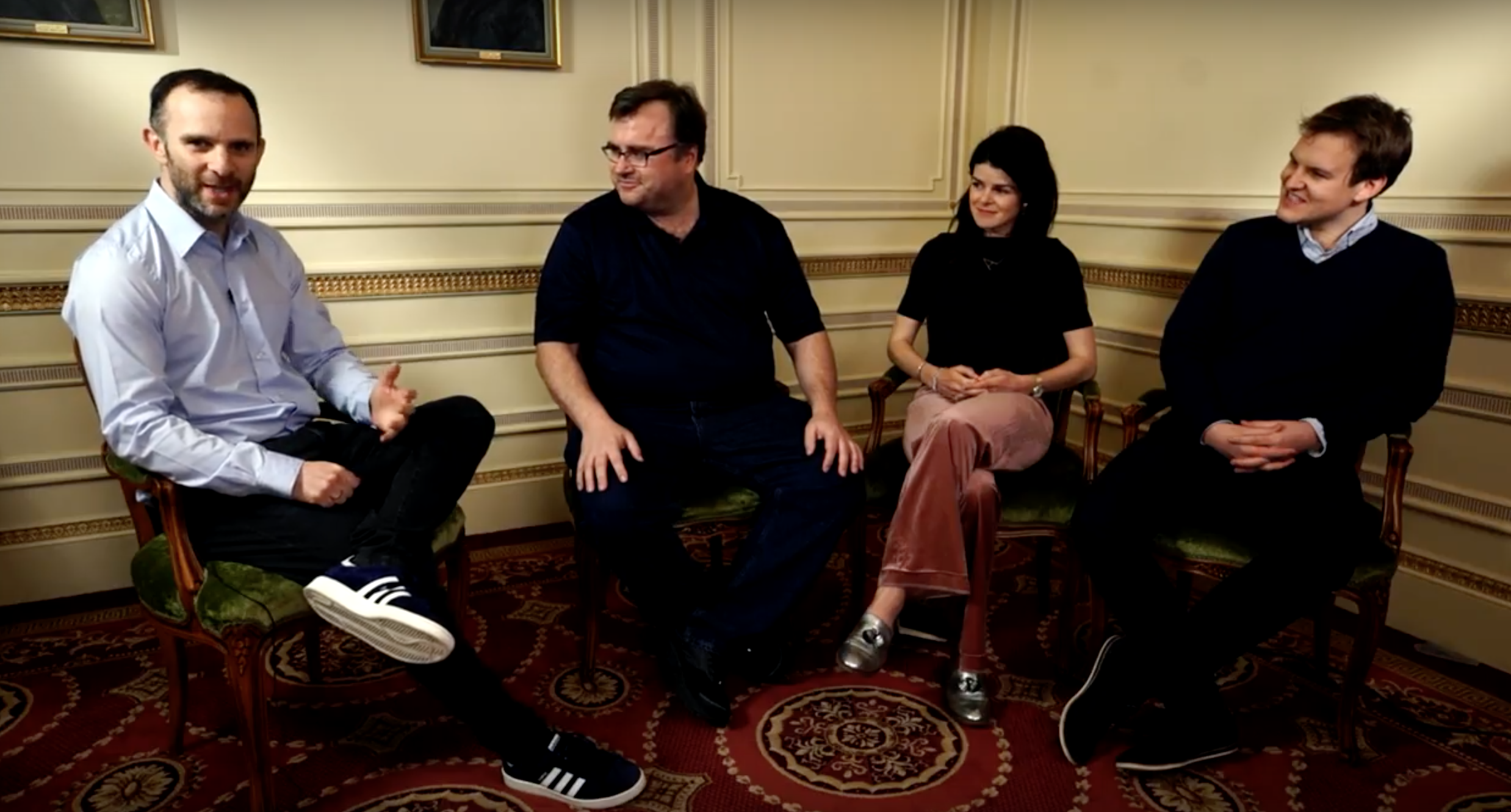 At an event earlier this year, Mosaic founding partner Toby Coppel sat down with LinkedIn founder Reid Hoffman, alongside the founders of EF, Matt Clifford and Alice Bentinck.

Reaching great scale at speed is Reid's specialism. Drawing on his wealth of experience building Linkedin, as COO of PayPal, and as an investor at Greylock, Reid has pioneered the idea of blitzscaling across the world, launching an excellent podcast series, multiple books, and lecturing at Stanford on the subject.

Toby asks Reid if he thinks that blitzscaling can work outside of Silicon Valley; specifically, can it work in Europe?

Reid explains that getting 'really big, really fast' is harder in Europe, but is far from impossible. The European entrepreneurial mindset - coupled with the usually more cautious legislative environment - may lead to a situation where European founders are more likely to study opportunities and move slowly, rather than moving quickly and grabbing large markets.

Toby asks if Reid has any prescriptions for a healthy startup regulatory environment. Reid inverts the question - founders themselves should evaluate where it is most useful to 'ask for permission' (from legislators) first, and where it is most beneficial to drive forward and aim for scale.

Reid offers some words of caution: governments will always want innovation to move slowly, and want entrepreneurs 'to look before they leap'. Entrepreneurs need to be both aggressive and creative to overcome that attitude.

0430 Reid Hoffman on entrepreneurialism and universities (Europe is leading!)

Matt asks Reid if European universities can learn anything from their American counterparts: Reid is again quick to flip the implication. Reid believes that European universities are outperforming the US in putting university-wide structures and processes in place that encourage and develop entrepreneurial thinking in the academic world. In the US, Reid argues that campus-based innovation isn't nurtured like it is in at Oxford, for example; instead it's taken for granted.

Alice recalls Reid's frequent description of Silicon Valley as not a place, but a 'state of mind', and asks how we can translate this mindset into Europe.

'The key thing is to understand that the future is in front of us': so is essentially made of finding new solutions and new jobs through entrepreneurship, not through working with old institutions. The creation of the new is more important than the preservation of the old. Once that is understood, Europe will be in a SV 'state of mind'

'There is no place more leading in the world in AI than here!' When asked about London's position in the global AI landscape, Reid is unabashedly in London's corner. Reid cites the world-leading research at DeepMind, and the sheer number of excellent AI companies he sees in Entrepreneur First's cohorts, as evidence of London's deep, specialised talent pool.

Matt joins in to praise particular universities for their track record in creating great AI, ML and data science talent: Imperial, Oxford and Cambridge in particular. Entrepreneurs like the founders of DeepMind and Magic Pony have made every AI researcher in the country ask themselves , 'is there something entrepreneurial in what I'm doing?'

Toby asks Reid about how AI effects the future of work. Reid's view is that if developments in AI are led by entrepreneurs - people who want to build companies - that these technologies will create a more jobs than they displace - at least over 'our lifetimes'.

If people ask, 'what will these jobs be?', Reid explains that the advent of AI will lead to the creation of new products and new services that will open up productivity. He also characterizes himself as a 'techno-optimist rather than a techno-utopian', warning that we have to 'work at it', but maintaining that progress in AI could lead to 'a massively optimistic future'.

Given that the world of work is changing at such pace, Alice asks what Reid would advise young people yet to enter the workplace. Reid explains that students - as well as everyone else - need to think of themselves as permanently learning. It doesn't stop when you leave school or university, and the most successful entrepreneurs fall into the category of 'infinite learner'.

Reid elaborates:some people are born to start companies, and others are brilliant at working inside companies. Whichever course is right for an individual, they need to be the 'entrepreneur of their own life', rationally deciding the best path and route forward.

Toby asks the trillion dollar question: when is general AI coming? Reid thinks people tend to 'undercount the unknown unknowns'. Even experts underestimate how much they don't yet know, and underestimate how long it will take them to work out the answers. Accordingly, Reid doesn't believe that General AI is just around the corner.

Furthermore, when (not if) AGI arrives, it won't be the doomsday scenario predicted by Hollywood movies. Instead it will be a huge opportunity, a natural evolution of the technologies that have already 'cybernetically enhanced' human lives.