Published on
December 2, 2020
by
Benedict Evans
No items found. 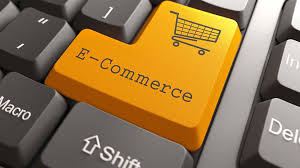 The growth of ecommerce has always fit the old line about a frog in boiling water. Every year, the share of retail taken by ecommerce rose a little higher, and physical retailers got a little more uncomfortable (and recently have started failing), but the growth in any given year was never dramatic enough to make headlines. That was until 2020, of course - now we’ve had a reset. Lockdowns triggered a huge spike in online sales of every kind, but then the question was where this would stabilise  - once things started to calm down, where would the new level be set? We’re now starting to see.

In the USA, where lockdowns have been pretty patchy, ecommerce was ~17% of addressable retail at the beginning of the year. It spiked up to 22.5% in Q2 and in Q3, reported last week, it dipped back to close to 20%. In the UK, where we have monthly data that makes the picture clearer, penetration was already 20%, spiked to over 30% and now seems to be stabilising in the high 20s.

You have to be careful about the denominator here - if physical retail was closed, what does a percentage tell you? Hence, the next charts show you ecommerce and physical retail in absolute terms. The UK had a painful lockdown of physical retail, but ecommerce has stabilised at the same level in absolute terms even as it came out of that. Some of this may be because we’re still wearing masks to go out, and we still don’t really know the long-term change (as I wrote here, there will be cascading consequences), but the general picture is becoming more clear.

For the US, there has been less of a lockdown on a national level (though much more in some places, but we don’t have regional ecommerce data from the US Census), and less of a surge, but, again, ecommerce is holding at a new and much higher level.

There’s always something of a debate about what parts of physical retail we should compare against ecommerce - hence the label ‘addressable retail’ in some of these charts. It doesn’t make much sense to include fuel sales or car repairs, which really can’t be done online, and we generally exclude bars and restaurants, even though food delivery has become a big business this years as well. But the really big exceptional category is grocery, since that requires a completely different logistical chain to other kinds of delivery. If you compare UK online sales against retail excluding grocery (on each side), ecommerce is now 40% of revenue.

Meanwhile, online grocery delivery itself doubled in the UK, more or less overnight, and, again, is holding at the new level.

One final observation: roughly half of online sales now comes from physical retailers’ online stores. They gained share in lockdown - a little. So, this chart shows you the share of online sales made by online-only retailers, including Amazon. Amazon is having a good lockdown, but so is anyone else who can sell online - lots of habits are being broken right now.